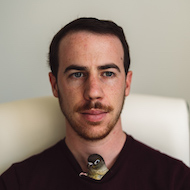 This post will cover two things: How to run an arbitrary tool with Bazel (in this case, PlantUML, a tool to generate diagrams), by writing a rule set How to test this rule set. It should be mentioned that while I was working on this rule set, it became more and more apparent PlantUML is not a great candidate for this kind of integration, as its output is platform-dependent (the font rendering).

This post will describe how to compile a small application written in Kotlin using Bazel, tests, as well as how to use static analyzers. Phosphorus Phosphorus is the application that this post will cover. It’s a small utility that I wrote to check if an image matches a reference. If it doesn’t, Phosphorus generates an image highlighting the differences. The goal is to be able to check that something generates an image in a given way, and doesn’t change - at least if it’s not expected.

In this post, we’ll cover what Bazel is, how to use it, and why I chose to use it. What is Bazel? Bazel is a build-system released by Google in 2015. It actually is derived from the internal build-system Google uses internally for most of its own code-base, called Blaze. Building at scale Bazel has a huge focus on hermetic builds, and reproducibility. Every build step is, from a really broad perspective, defined as a list of inputs, tools, and outputs.

This blog has been inactive for a long time. I tried to at least post an article yearly, and next thing you know, two years and a half fly by… Halloween seemed like a good time to resurrect it. I wanted to start writing again recently, and faced an issue: this blog was using Octopress 2. Well, Octopress has apparently been dead for even longer than this blog. So I wanted to switch to another static generator.

Compat libraries are great. They allow us to work with newest Android APIs, without thinking (much) about your minimum API level. Instead of thousands of devices, you can reach billions. With nearly no changes in your code. But sometimes, they’re not so great…